Adolescents, Teenagers  Through Puberty And Beyond 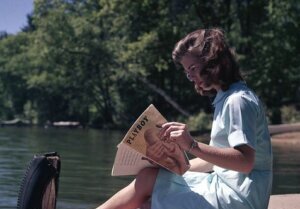 Adolescents, Teenagers  Through Puberty And Beyond

Adolescents are overly aware of their bodies. Awareness of our sexuality starts with the onset of adolescence when changes in physical traits start to manifest themselves. These changes are both emotional and physical, and affect boys as well as girls, with an impact that literally turns their lives upside down.

Childhood growth and puberty changes depend on a set of organs called the endocrine glands. They direct the growth, produce hormones that are released into the blood then, travel to organs and tissues stimulating growth and regulating activity in a controlled, and paced manner and over many years of growth.

Of these glands, the pituitary gland affects growth the most, as it produces many kinds of hormones. The most important of these is the growth hormone which regulates the development of long bones and muscles. This causes what is known as the “growth spurt”, taking the body from childhood until it reaches adult size and height with spurts that are much faster than others during middle childhood to middle teens. The release of hormones by the pituitary also causes the activation of the reproductive glands which in turn activate the reproductive organs. Sex hormones namely testosterone in males and estrogen in females, start to stimulate the changes that occur gradually – the speed varies from one individual to the other. Reproductive organs grow and develop in both boys and girls, boys experience the release of seminal fluids from the penis and girls start their menstrual cycles around the age of eleven or twelve but sometimes before that.

Having understood the changes that happen inside the body, let us see the impact they have on the physical changes that are seen and felt.

For girls; breasts start to develop and grow gradually, hips become noticeably wider than shoulders, hair starts to appear and gradually increase in the underarms and pubic areas.

These changes keep increasing until they reach their maximum by age nineteen, whereby they are perceived as full adults.

Variations go hand in hand with mental or intellectual changes; mental development is rapid due to changes in the structure of the brain. This causes the actions we see that they are less accepting of other opinions’, they make better decisions since they can evaluate rewards and risks better, but they tend to become bored quickly with routine and at this stage, they need a challenge. They begin to think deeply but think less of themselves.

The emotional and social changes at this stage; which last for several years; leave the most impact and are very difficult to handle.

Teenagers’ emotions are very heightened as such they are more responsive to stress, rewards, and problems. They are open to being hurt or subjected to danger. They can evaluate risks, rewards better but are less accepting towards what others say. Boys are more stubborn, aggressive especially if they become sexually active, some are self-conscious while others are proud of their physical traits. Girls are mostly self-conscious because of the changes occurring in their bodies, they need time to adjust to these changes and how to handle them. This makes them very insecure and shy or downright unreachable.

Socially, their self-consciousness makes them seek approval of friends, peers and other adolescents. This is very important to them, as such they spend more time with friends, enjoy the time spent with them, shared interests and activities especially extracurricular.

At this stage, it is very important that family members show love, support for each other, guidance, and understanding. Morally they begin to analyze themselves at this stage, their strengths, their weaknesses, and how far they can go, intellectually and physically.

Then, they test how much they can get away with, as such, rules and boundaries are placed that they understand beyond any reasonable doubt. These rules are non-negotiable like curfews, no smoking. They begin to understand that these rules are for their own good and then they differentiate between negotiable and non-negotiable rules. It is a difficult process, to say the least, and exhausts both the child as well as the parents.

Here we will address these young adults and tell them that all the changes they are going through are perfectly normal and occur to everybody. From puberty to full adulthood these changes will happen, they are normal, good, healthy and nothing to be self-conscious about. Do not let these changes surprise or scare you, listen to peers, parents and older relatives when they try to explain or guide you. It is a cycle and one day you will guide another adolescent or your own children through the same stages. Your normal development and growth is something to reassure you, not scare you. Open, and talk to someone you are comfortable with; parents or others; who are trustworthy and let them help you along this prickly stage. It is easier than getting bumped along a rather prickly road alone. The alternative; closing in on yourself and not letting anybody talk or guide you, is a very lonely and painful choice and opens you to be hurt or subjected to experiences that will only affect you adversely like drugs and pornography. These are harmful if just tried and are addictive if you are not careful.

The greatest problem is that a person whom you considered a friend, will put you on the path of such destructive habits. That is why it is advisable to be close to a person that you are sure you can trust, rely on; to guide you before venturing into something you know nothing about. Sometimes, what seems a good company can turn out to be a bad company and you find yourself engaged in fights, drinking, vandalism drugs or pornography.

Think of those imposed rules not as binding, but as guidance and focus on what you want to become, make use of all the resources at your disposal, even if, it is a younger sibling or cousin whom you can study or play with, a parent who is more patient than the other.

Think of what you have and use it! Don’t chase after useless endeavors.