Endangered Species – A Twist of Fate

Endangered Species – A Twist of Fate

For a long time, man has been concerned about the number and types of endangered species all over the world. First, we are losing many species that could become extinct not just in animals, plants, birds but reptiles as well but somehow it is the larger species that draw our attention despite the fact that many smaller species as well have suffered the same fate.

Is it correct to note that we only have our eye on those animals that we need for our lively hood such as livestock? Or animals that we like to have as pets for our happiness rather than theirs such as dogs, cats ….? 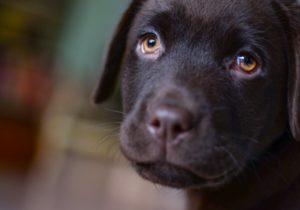 Twice over the span of history, animals have been forced into extinction. Once, thousands of years ago when many species went extinct with the retreat of the ice. Then, the next time was when humans were in the phase of exploration and colonization – animals were not prepared for the advent of humanity and many animals went into extinction through hunting or habitat destruction.

Extensive measures have been taken to preserve many species, with many countries setting up laws, fines, restricting hunting or banning it downright. Not only that, many reserves have been made to simulate the natural habitat of some animals and as such provide a safe habitat for these animals that are at the same time a replica of their natural ones.

An example of these is Kafue National Park in Zambia, Bandhavgarh National Park in India covering 446 km2, Bialowieza National Park in Europe, among others. There are many animals that are kept in zoos and special environments in captivity as a measure to preserve them such as the Panda.

While all these measures are taken for the sustainability of species and the environment, we get to see things that are way beyond imagination and are a shock on any level.

Recently, a mass cull of crocodiles by villagers in Indonesia was a shock to the world and to the Indonesians themselves.

A man wandered into a licensed sanctuary for Endangered Saltwater Breeds and New Guinea Crocodiles, unseen by the guard, he was attacked by the crocodiles a killed instantly. What follows is beyond comprehension or logic since it is basically an error of judgement that he went into the sanctuary. Still, as a form of revenge the villagers went after the crocodiles, pulled them out of the water, tied them, and hacked at them with machetes and hoes. They not only killed the adult crocodiles but the hatchlings as well,  until there was not one living in the giant bloody pile that they formed out of the carcasses. 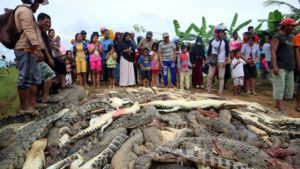 logic but has also gone without any charges being brought against the hundreds of villagers even though they did not deny self-incrimination especially with the selfies they posted proudly with the bloody pile.

It is a twist of fate and a nightmare that the efforts taken to preserve a species should all go to waste in the blink of an eye – a blind moment of rage that seems to punish a carnivorous animal for being a carnivore. Multiple incidents such as this have been recorded.

In the face of such behavior, no sustainability or efforts are of any use if humans are to behave with such rage and not look into their own minds and hearts to find compassion for just a dumb animal.