Facial Recognition – A Bane or a Revolution 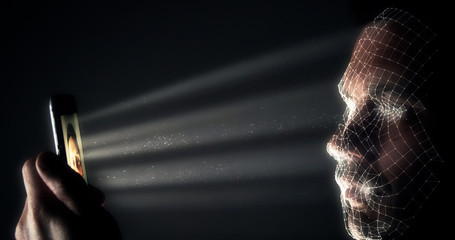 Facial Recognition is when my face is scanned for security reasons, through a check point or a security camera. A revolution or a curse, a dilemma of monumental proportions or the answer to unsolved mysteries. And, maybe on that unforeseen day I discover that my face is the bane of my existence.

Born with distinct features and genes that affect the way we look – each of us has a unique face, looks, coloration, and other factors. All that make a facial print of one person completely different from that of another even if they are relatives or twins.

From here came the innovation of facial recognition technology, a relatively new technology. It will definitely help law enforcement in tracking wanted criminals and terrorists that have somehow escaped conviction and find solace in places that are out of the reach of Interpol, FBI, and other policing agencies.

The facial recognition technology software is spreading fast and is based on using live streaming videos and moving faces. Then, comparing it to an existing database of stills – still pictures. These stills are a result of storing pictures and information gathered from existing licenses, driving licenses, among others. So, when the FBI -for example, uses such information to track down a criminal who has escaped. An example of this is the identification of the suspect who allegedly massacred journalists at Capital Gazette newspaper. This is definitely a step forward and is possible in countries where most adults are on a database such as the US.

The cost of this software is rapidly coming down to the extent that very soon it will be common, cheap and quite efficient. Even now, some applications such as Facebook are known to use the facial recognition tools. Even though, some people find it annoying, those that are using Facebook for the purpose it was intended have come to terms with this feature. Technological advances have improved the accuracy of the facial recognition systems. Still, the technology needs a lot of improvements as it relies on comparison of certain facial characteristics.

When dealing with something as sensitive as facial recognition, a mistake could mean the destruction of a person’s reputation or life. Some of the crucial mistakes of facial recognition systems that have been recorded to date are: 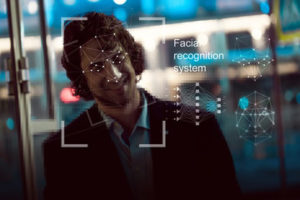 When looking at all these points we see that we have something that is good, can be used to better society and aid the law enforcement agencies. But if you are just a normal law-abiding citizen and going through airport security on your way to a conference or a family vacation. Suddenly, you are arrested by officials as a suspect in a crime due to the use of facial recognition technology.

After extensive investigations that are invariably exposed due to media coverage, it turns out that the system made a mistake. Then, what are you supposed to say to yourself – that your face is the bane of your existence or what are you supposed to do about your reputation that may not be salvaged or that could take months or years to do so. A job loss, a family scared to come out of doors, and that is just the crust of the problem.

Is it too late to stop such a technology from emerging, or at least until it is almost error free? Is it too much for people to know that they can safely give infomation about themselves for any formal documents; without finding it exploding in their faces on just another normal day in the life of a law-abiding citizen while knowing that the non-law-abiding citizen will somehow be apprehended.

Still, there are the positives where when implemented into laptops, smartphones, and other personal use technologies; they ensure our privacy and the privacy of our work from competitors or just some playful children fingers!! Facial recognition tecnologies are available we just need to make wise choices.