FGM – A mutilation of the body that reaches the soul! 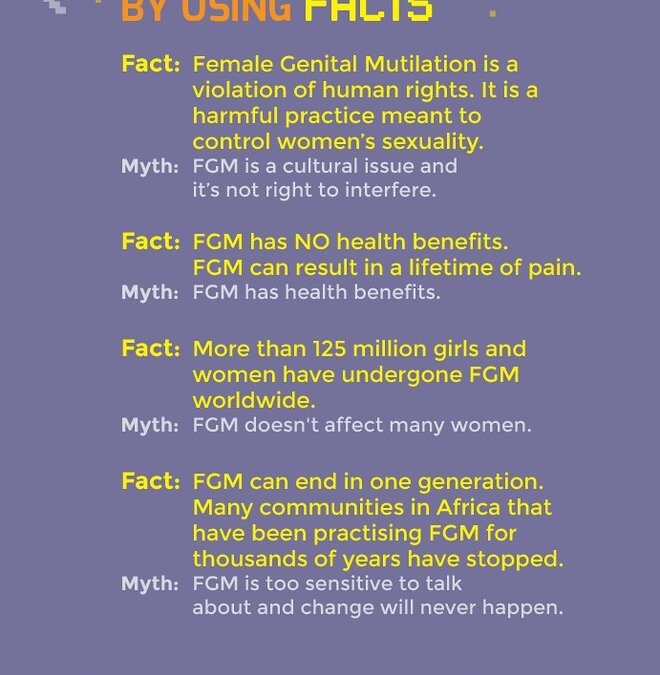 Female genital mutilation – a taboo topic by all standards, but then it is there, is it not?  The issue is not open for discussion, or faced but it is there, and we all know about it – an issue that has persisted and survived all the education and progress that we deceive ourselves into thinking that we have reached.

Surprisingly, it has nothing to do with the country — this process is seen all over the world though, its percentage is so much higher in the developing countries or the underdeveloped. That is to say, it is a global issue with an estimate of nearly 3 million females facing this risk — annually.

Surprisingly, such an issue still exists while we are on the verge of living an entirely digital age. Girls and women still face such barbaric customs, and they have to be quiet about it. Moreover, they can neither complain, fight it nor even admit that they had been victims of such a horrific practice. Mainly, since this is carried out when the girl is too young to even know what is being done to her. Nevertheless, she reaps the fruit as she grows up.

Cultures and traditions have planted the thought that that is the way to control the sexuality of a woman is by practicing female circumcision — a myth as has been proven through research. But that is not the problem — this could pass if done right. What usually happens is that the only prominent result being that she will not enjoy her sexuality, her partner, or any feeling in that department when she grows up and falls in love.

The real problem is that the process is carried out by non-professionals and unhygienically.

These are just some issues without going into too many details. Without a doubt, it is against human rights and exposes women to excessive dangers without any benefits even when carried out by health care providers.

Several health associations are joining hands to stop the practice. Evidence and research have proven that, that the practice will not diminish or stop unless those communities that practice it decide to abandon this inhumane act.