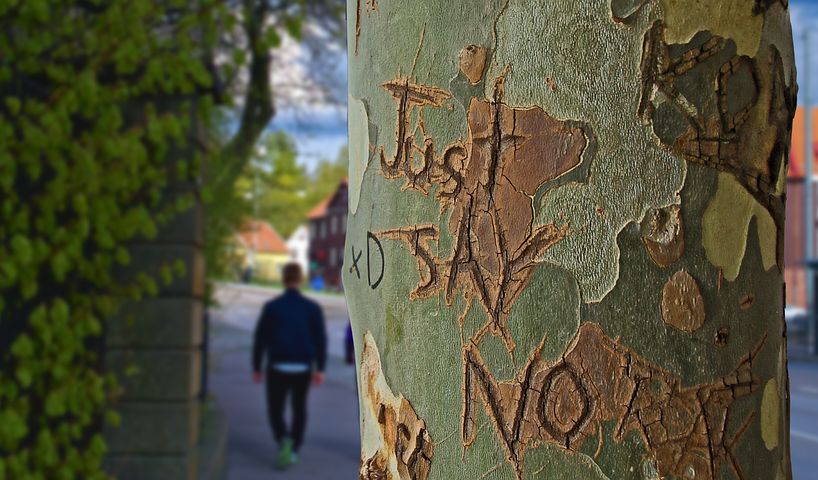 No – just a two-letter word, but how strong it could be and how we miss it when we don’t use it!

It is strange, but we don’t ever try to teach our children to say no, all we do is show them how to be kind and obedient and do as they are told. It is healthy and wise to teach them to say no. It is a lesson in freedom, which they will use with more discretion as they grow up. If we focus so much on our children’s health and well-being, then, why is it that we do not teach them the basics of emotional health?

On the other hand, no is a word that is the norm for us to say to our children. A study showed that our children function at the genius level, but only till the age of four. From then on, their intelligence quota keeps going down, and only about twenty percent still have that kind of intelligence at age twenty to thirty. And at the age of maturity, children would have heard the word no more than 100, 000 times. Is there a relation here? There definitely is! We take their freedom of expression and with it the reigns of their life – by enforcing obedience and those two letters – N and O – NO.

A child should learn to say no even to his peers; especially if what is required of him is not to his ability or maybe just at that particular moment, he is unable to do it. Of course, we will need to use our discretion, but I assure you that if we are hands-on parents, we will be able to know if said child is just being; shall we say a little bit naughty!

If that is implemented from very early childhood, and we shall all glean many benefits. After all, if your child knows that he can say no; take care that it is not being allowed to say no; he will not resort to so many of the issues that we see as our children grow: lies, hiding issues, resorting to violence, and so much more.

A person, not just a child, who can say no, and knows that that is his right and that he is free; he has a leeway with which to deal with so many issues in his life.

Let me take you further on, a girl who can’t say no, and she grows up that nice obedient girl that everyone loves. She is loved because she is respectful, helpful, and does what she is told. It never occurs to her that she can say no. How lovely she is as she grows to be a beautiful woman.

To her husband, she is the epitome of what he had always dreamed of in a wife, and anything he asks of her or even does not ask, he finds it ready and waiting.

So where is the problem? As responsibilities pile on top of her shoulders and she grows older and more tired – it still never occurs to her to say no. She is proud of herself and the effort she is putting in, the responsibilities that she can shoulder.

Exhausted becomes worn out, and then, she starts to renege ever slightly in her duties, but the reason is still not apparent to her, and she goes on – until the day comes when she can’t do all that is required of her. She says so, and if her partner is understanding, he will realize the load she had been carrying, or her partner has become used to taking and not giving. He is surprised, furious, but suddenly she is transformed – she will not do anything she doesn’t want to or cannot do.

She breaks – not physically but emotionally –, and sadly there is no going back from that kind of breakage – she throws all that is on her shoulders and like a freed bird sets out to only do and be what she wants.

For boys, it is not different, but they have other methods of venting and those are not always what society condones, and in his better moments even he is not in agreement with what he is doing – we see addictions, rape, violence, and more.

“Wow, are you trying to say that just the word no is the cause of so many problems? It is not possible”.

In reply, I will tell you it is that little grain that we either plant and see our children grow to be adults who can make up their mind on what they want to do or not. On the other hand, we can make their choices for them, force them to study, or work or whatever even when they are not in the optimum state – and later on we see them suffering depression, anxiety, broken homes, divorce; and these are just the better options. There are so much worse results.

And that can only be achieved if I can say no when:

I stand at the front of the line when I say we need to listen to my children not just hear them and see them as they are; logical beings who know what they want.

The examples are numerous; we need to give a breathing space then as time passes a girl can say no to abuse, to abortion. Boys too, it is not just girls who see that side of life.

Say no – and hold the reigns of your own life; from the broccoli to the wedding rings!