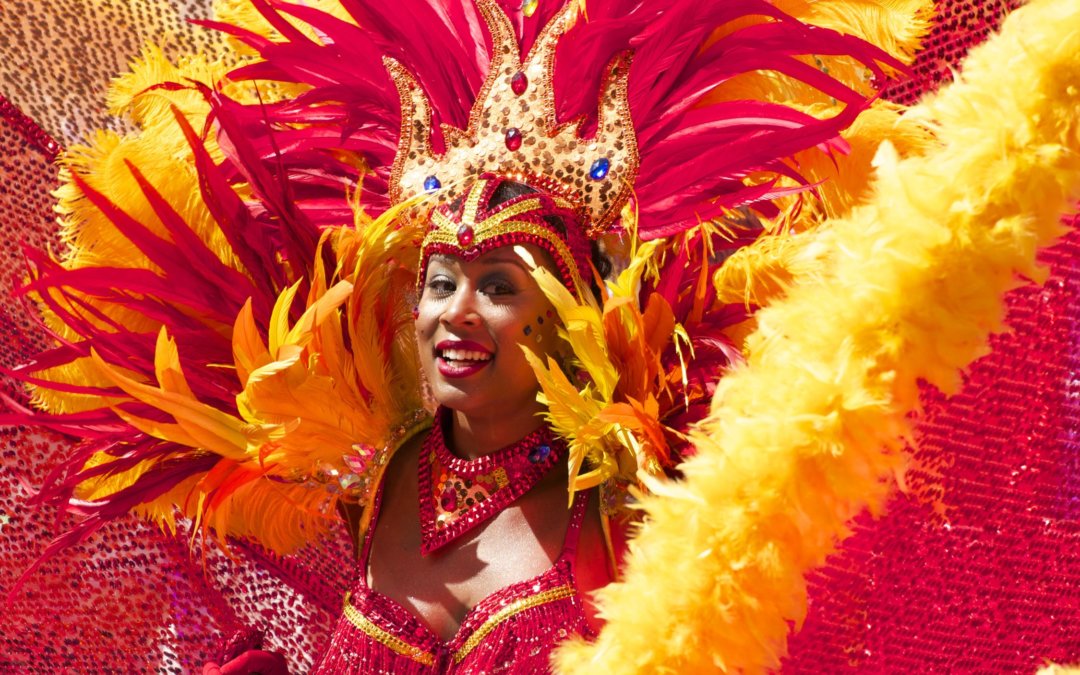 The Carnaval is a precious childhood memory, but it is as vivid as if it happened yesterday. Nothing can be compared to the memories of a young child, and that was what I was when I saw the Brazilian Carnaval. A festival in the form of a procession that goes from street to street.
Standing in the balcony, I observed the parade procession as it came down the street in the city of Sao Paulo, and the sight was unbelievable in every sense of the word. Clowns on stilts, and women wearing dresses that I could not for the life of me imagine how they had been made. The women were also walking on stilts to accommodate the length and extensiveness of the dresses.
Loud music and dancing accompanied the procession that seemed to grow with the enthusiasts from the people who took it upon themselves to join. Even to my young eyes, I could see that each dress was unique in its own way and that no two dresses were similar in any way. The same was true of the clowns and the decorated cars that were part of the procession, as for the kites; each was as unique and as it was colorful; it made you catch your breath in awe and wonder.
The drums and music were loud and infectious enough to make any and all not only want to join but actually, I could see women and men descending from their homes to join the festivities that would take all day and maybe several days around the clock.
I was surprised and shocked, to see the dark women side by side with the white women for I had no idea then that most Brazilians were dark in complexion rather than fair.
What became permanently etched into my memory was the ability of the dancers wearing the dresses to dance even while she was wearing a dress that reached up to six to seven meters long, made a huge weight on her shoulders, while she was on stilts and swayed to the music and the drums.
They did this, it seemed for an endless amount of time while they took the procession from street to street. Some celebrations were larger than others while each tried to outdo the other. Not to forget the unbelievable masks in the masquerade. 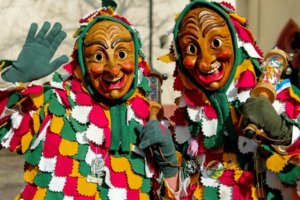 Masked Clowns in the Carnaval

Eyes huge as saucers, I drank in the sight while I learned that it was a once a year festival that they prepared for all year long till the next Carnaval, and that each dress was designed to be unique and surpass all other dresses as far as color, decoration and the ideas implemented into the dress. What made the dresses so unique was the bizarre colors and objects attached to the dresses.
What a celebration and what a procession, such as I have never seen the likes of all my life since then, and I don’t think I ever will again. First, because I have not been to Brazil since, second, because even as an adult I know that it is one of the most exuberant, flamboyant, and colorful celebrations that you can see around the world.
Well, I was lucky to see it and enjoy it years back and I cherish the memory of the  Brazilian Carnaval (or carnival as it is sometimes called) and family at the time. Thanks, Brazil, and Brazilian people.
In contrast, I remember seeing in Rio de Janeiro the statue of Jesus Christ and that too left a beautiful memory.
Of course, there is a similar celebration to the carnival – Mardi Gras – observed by South Americans and in Mexico, but I have not had the honor to see it for myself and seeing is not to be compared with reading.
The Brazilian Carnaval celebration still goes on every year since then as traditions are wont to do, but I am not there am I?

My Story with Coffee