Traveling with A Stop In New York 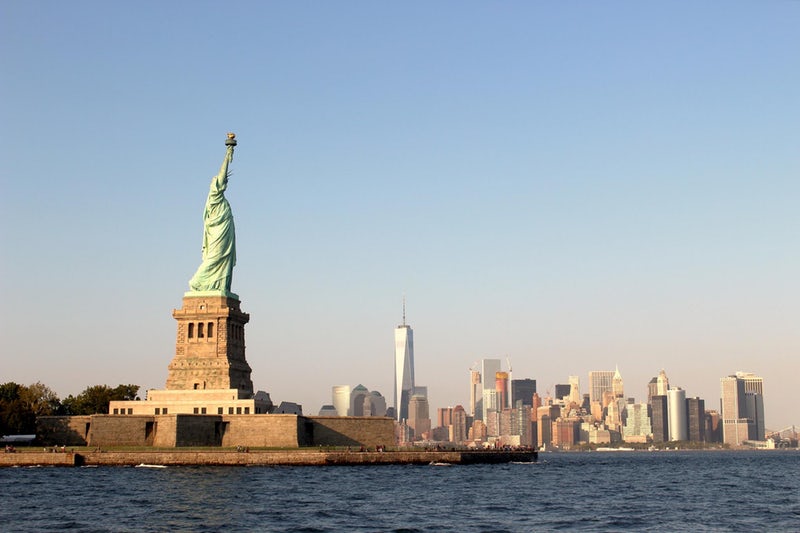 Alone as we had always been, we had the whole summer ahead of us and we wanted to do something special. I wanted the bond between me and my son to grow and fill the gap left by the loss of his father two years ago in a car accident. Between insurance coverage and an inheritance from my parents, we had no financial problems.
One evening as we read ‘Round the World in Eighty Days’, Luke had this brainstorm of an idea that we could do exactly that; and so away we went around the world except that we weren’t on a schedule, but we limited our stay in small cities to around three days and larger ones to about five days.
Then, it was the stop at New York City and we decided to stay for a week. How were we going to see this historical, amazing city in such a short time? The time wouldn’t be enough to see all this huge city had to offer. “I might be an eight-year-old boy, but I have an idea, we could hire a car service”, and so we hired a car service offering touring services as well.
The heart and soul of New York, lie in its monumental buildings and the touring company had their car service take us to visit these buildings; the Empire State Building, the Statue of Liberty, the Grand Central Terminal, St. Patrick’s Cathedral, the New York Public Library, One World Trade Center, among others.
The day we visited the Oculus was unbelievable, it’s the most expensive place for shopping in New York, an overblown mall, the Santiago spiky shell crowning The World Trade Center Transportation hub; was an unforgettable experience. On that same day, we were guided around the Manhattan Municipal Building and the World Trade Center. Needless to say, we couldn’t have managed to see all these buildings in the first three days without the organization and help we were able to get.
After that, we wanted to see the main regions that are the components of New York; giving Greater Niagara and Chautauqua Allegheny the lions share with a day each. The Greater Niagara Falls is a sight that my son will never forget or be able see its equivalent.
Of course, we decided to stretch our visit to ten days. After all, we might not have this opportunity again especially as an extended visit. We still wanted to go around the Famous Catskills, the Finger Lakes, and Central New York.

We spent a fabulous day around the attractions offered by the Lakes and finished off with the Thousand Island-Seaway with the Rochester being the spotlight of our day; not forgetting the surprises in Finger Lakes city.
Shopping or simply window shopping around the world-famous stores and designer shops, buying some knick-knacks to take home. My son still wanted to go to Long Island and the Hudson Valley so the tour service car took us there. And, what beaches and communities we saw, attractions beyond our wildest imagination. A small step away was Manhattan, and that was our next and last stop.
Of course, every beautiful thing however lovely has to come to an end, but we will never forget New York; no matter how many places we visit after that on our trip. Or the warm, friendly attitude that we were met with from the people of NY, I had no idea any one in the world could be so friendly. Traveling really is an education onto itself.

Read Our Blog for more articles by the same writer.