Waiting Game, or is it?

Waiting Game – it’s a game because it is played between friends, acquaintances, family, and lovers. Who is more patient and will wait for the others, and who is impatient and will get the task done for us all!!

Thinking of it that way, we see that it is a game, we play it consciously or unconsciously – but we do it!

Waiting is sometimes seen as a game between lovers, but is it really?

Actually, we seem to be waiting all our lives, even if for different reasons.

A mother can barely contain her impatience as she waits for her son to be born, to know if it is a boy or a girl. Or a father.

Then, she waits for him to take that first step, that first hug that he can give her. A list of first-timers, all of them as precious as each other. And she loves each of them, and then she is waiting for the next. Somehow she really seems to spend her life waiting. After that, she is all anticipation for the first day at daycare, the first day he goes to school.

The list is endless, but she is still waiting.

She wants to go back to work, but she is waiting until all her children are of school age. Somehow, she is waiting for her son to call her, her daughter to have that rehearsal at the ballet.

It is not just that, but she gets used to waiting for her loved ones. She waits for a call, sometimes they could spend with her, or the vacation that they usually have together.

Yes, the list is endless, and she is always waiting.

The problem is that they get used to the fact that she is doing all the waiting.

Does it ever stop?

And, when exactly did it begin, perhaps when she was dating and waiting for her boyfriend, her fiancée to call her, to reply to her messages.

A woman is impatient by nature, and she takes the initiative and waits for the response.

As she grows, reality sets in – she is always waiting, she begins to take a step back, and that is when the realization hits her that it was she who taught them that. It is not accepted that she should be waited for, after all, she was always there and waiting…

So, what has changed? 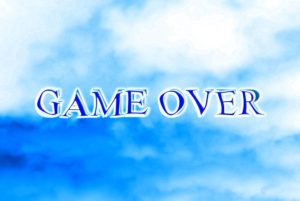 Waiting Game – till we are but stone

She is tired of waiting, but those around her don’t see that – she is there just like any other part of the house, and they know that she is there when they want.

But will she be always there waiting?

And then… Game Over!