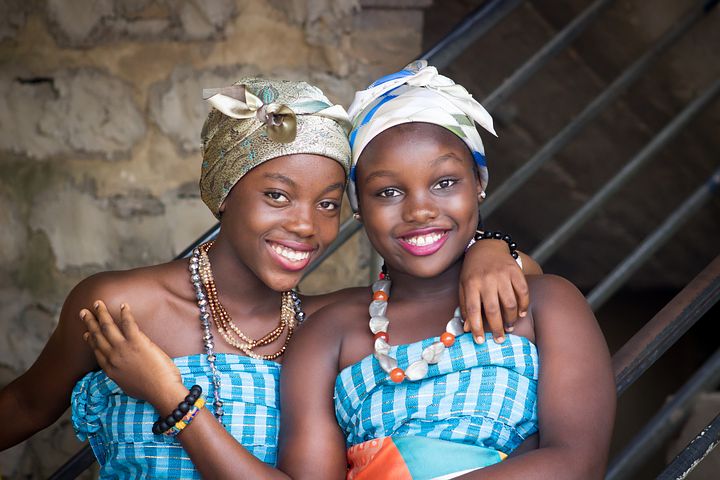 An African woman is strong, focused, skilled, dependable, a backbone to all members of her family. She could be found in the home, nursing an ailing elder, bent over a stove, scrubbing some clothes. Sometimes, when she is lucky, she could be found alongside her husband or father while they gather crops. And if the family is a more educated one, then she would be at home learning how to cook while her brothers went to school for their education. And if she ached and dreamt of the education that could have been hers she would be rebuked and forced to remember that her place was in the home, bearing children and cooking for the menfolk – because she is a girl.

What we need to know is that these females of Africa are an untapped mine of riches in the form of fresh, uncultivated brains and potential to learn and excel. They would excel if only for proving their worth or for the dream they could finally achieve.

Once we reach them with a constant source of education and learning resources they will be unequaled in their success.

For generations, women in Africa have had all their lives molded by the men in their near and far family. And it is not just the mother that the girl will see living an oppressed life, but her grandmother, her aunt, and all the women that she gets to meet. She is programmed that her sole purpose in life is to take care of the home and do what she is ordered to do – all because she was born a girl. And, she does exactly that because she is dependent on the men for her life.

Without thinking about it, she finds from a young age that school is boring and dis-interesting, she stops going and no one asks her why or tells her to go. Years later, she regrets it and realizes it is too late; she is to be married soon.

Deep inside she wants to go to school like her male family members. She knows that she can do it, she wants to do it, and she will do it – just give her a chance.

Low rates of education help keep Africa poor, boys as well as girls, but girls so much more than boys. One study found that a year of secondary schooling can mean up to a 25% increase in a woman’s earnings later in her life, which in turn helps fuel her country’s economy. Startlingly low rates of literacy and education are both caused by and feedback into a cycle of poverty, early marriage, and large family size. The barriers to formal education are high.

So, getting more girls to school and helping them stay there is of utmost importance. And once they taste the sweetness of education and learn how it will help them, they will stay. And with education comes independence and a girl starts to have a vision for the future, her future, and her life with her own choices to make.

How to mine the potential of Women in Africa

Empowering women is the best route to achieve her education, her children’s education, gender equality, decreasing illiteracy, and controlling population growth. And as she gains control of her life, she will hold on to her education, she will not let anything get in her way to achieve her independence. As she goes down that road, every day she will discover her own potentials more and more. She is the one who will tap into it and will pull herself out of the pit she had been in.

As quoted by the UNICEF, “Educating women is one of the fastest ways to reduce poverty and fertility, according to UNESCO. In sub-Saharan Africa, women with no education have 6.7 births on average. This falls to 5.8 for those with primary education and to 3.9, for those with secondary education.”

With the rise in the education of women in Africa, there will be numerous changes as we have seen such as; potential increase in her income, an increase of income to the whole society, and to her country since she will, in turn, motivate her children; boys and girls; the cycle will be broken.